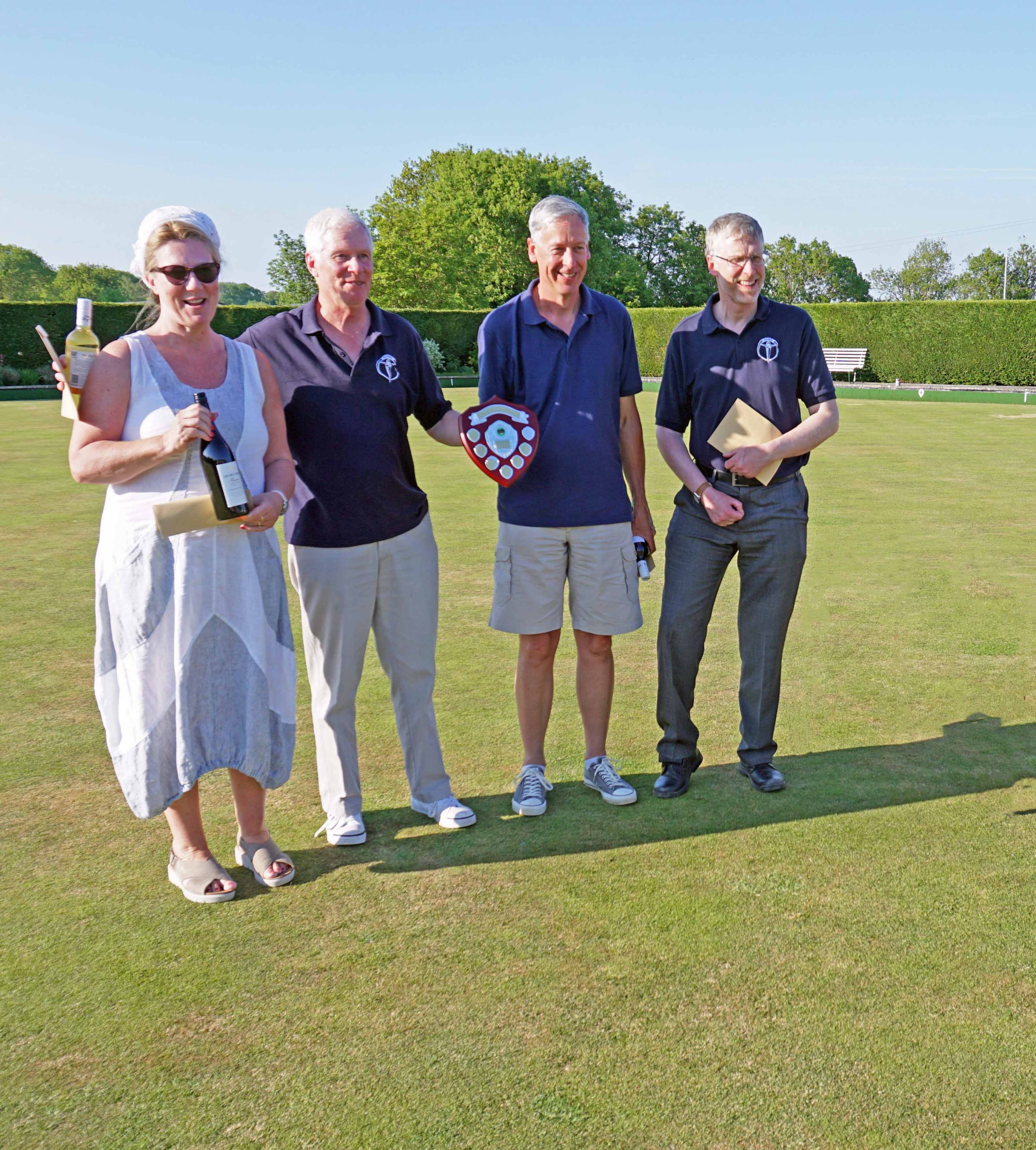 A number of Oundle Sports Clubs took part in the  Interclub Trophy Match on Saturday 20th May. This match was the first, of what we hope will an annual competition, between teams from different local sporting clubs, which come together and compete with Oundle Bowling Club.

The day was a great success with all who came enjoying themselves either playing or spectating on a warm sunny afternoon. Our Club Secretary Alan Holt was the instigator of this novel competition and all thanks to him for his hard work in organising the event.

We look forward to next year’s match.