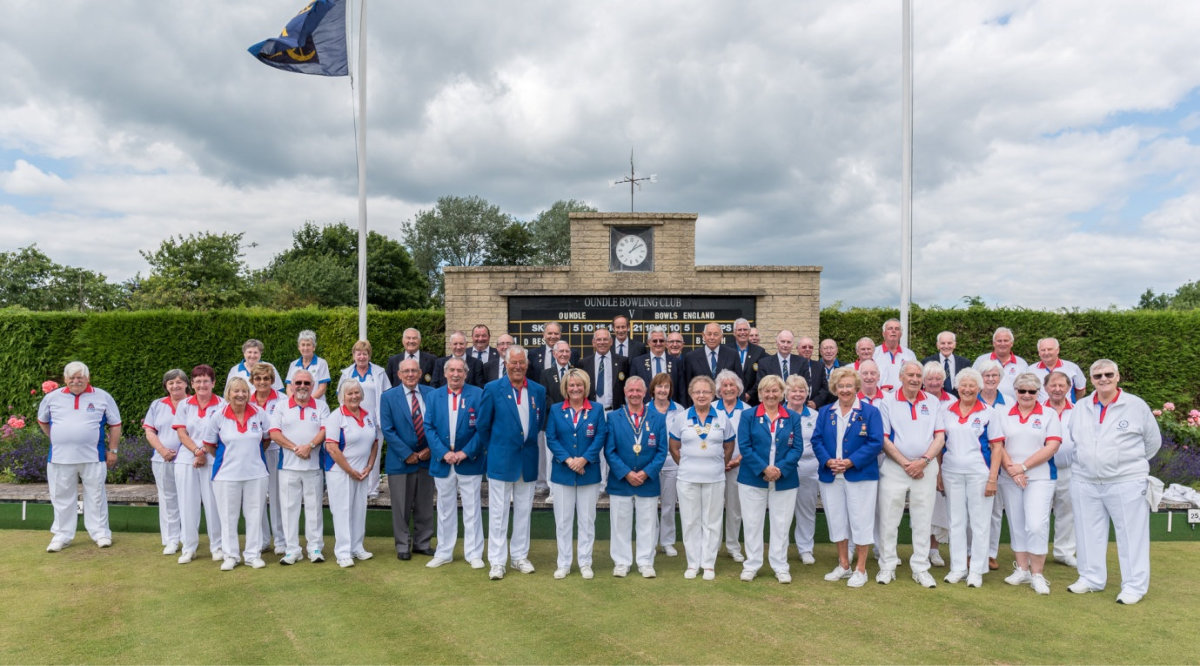 Oundle Bowling Club was proud to host a Bowls England team of Presidents, past Presidents and County players. Twelve Counties were represented in the match, which took place on the afternoon of the 5th of July.

On the match day the weather was kind to us with a good deal of sunshine which was much appreciated by all who took part. Six rinks were played, two of which were won by Oundle. Although losing to the visiting team, overall, Oundle were pleased to achieve a score of 111 against the visitors 129.

Oundle Bowling Club also hosted a morning meeting of Presidents chaired by Tony Alcock the Bowls England C.E.O. and 15 time world champion. Tony’s generous comments were much appreciated by the members after his tour of the club.

Bowls England players were offered a buffet luncheon on arrival and a two course meal after the match, provided by our in house catering team. After the meal Bowls England President Michael Jennings presented Oundle President Margaret Marlow with a celebration pennant.