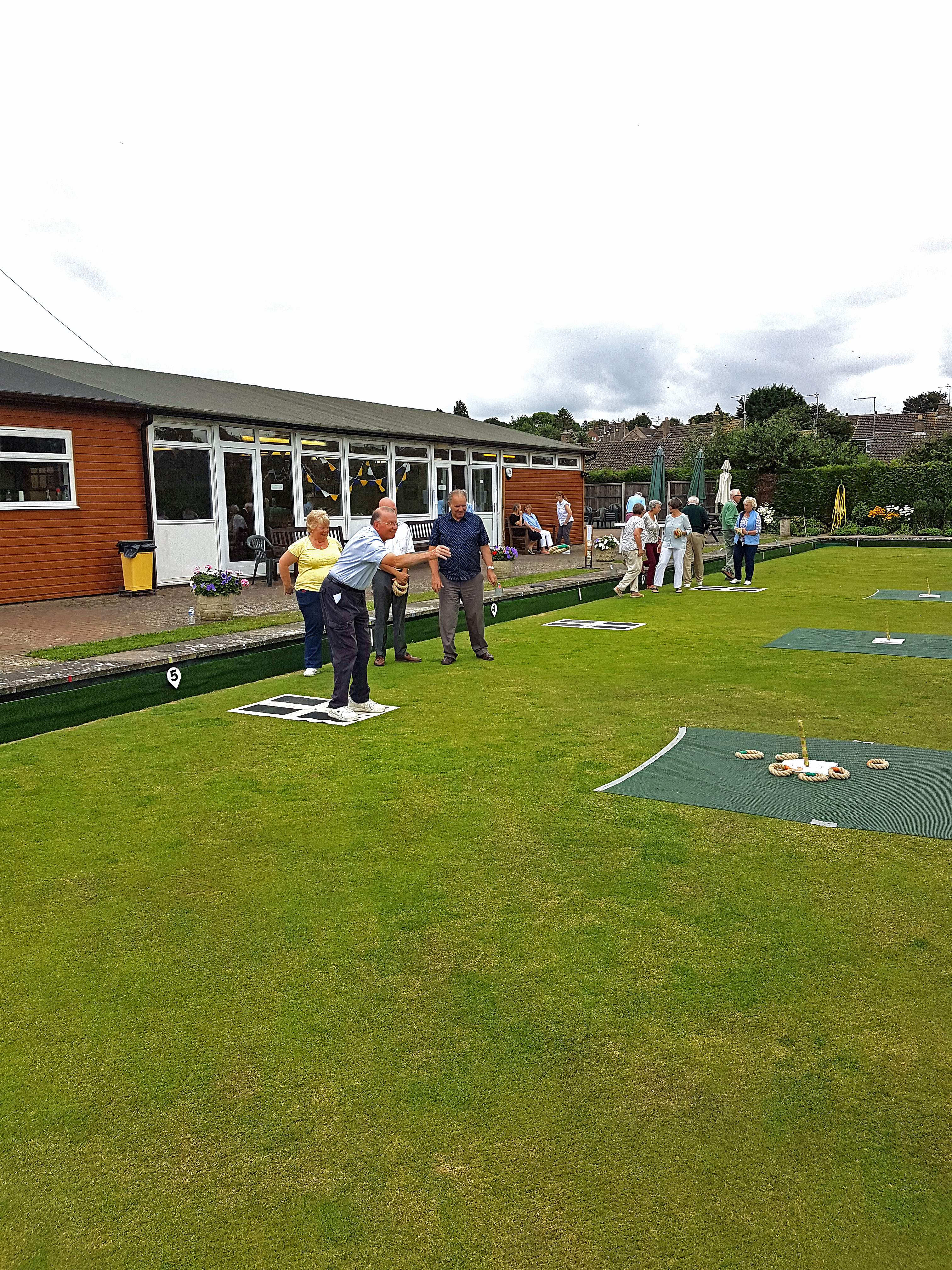 Sunday 16th of July saw the first of our Quoits afternoons. This event was to celebrate the 150th anniversary last year of the Oundle Quoits Club which eventually became Oundle Bowling Club in 1954.

The game consisted of throwing rope quoits to a peg (or ringer) set on a board on the  bowling green at approximately 10ft from the front of the mat. Getting a quoit over the peg scored 5 points and 1 point for getting nearest the peg. After a slow start the players really got into the game and shouts of delight could be heard from teams whose player scored 5 points. Some 16 players took part and all thoroughly enjoyed their afternoon and, without exception, were keen to take part again next year.

The winning team was team A , Carol Webb, Mary Poulter & David Walker with a total score of 35 points, who each received a £10.00 cash prize